In its September 2016 edition, the Linux Format English magazine published a long interview of our Emmabuntüs collective, conducted by their journalist Jonni Bidwell.

The paper begins with a brief history of the first voluntary actions made by Patrick at Emmaüs community of Neuilly-Plaisance, and the first traveling companions who started the Emmabuntüs collective adventure.

Next comes the definition of the three fundamental axis of our involvement are clearly explain : 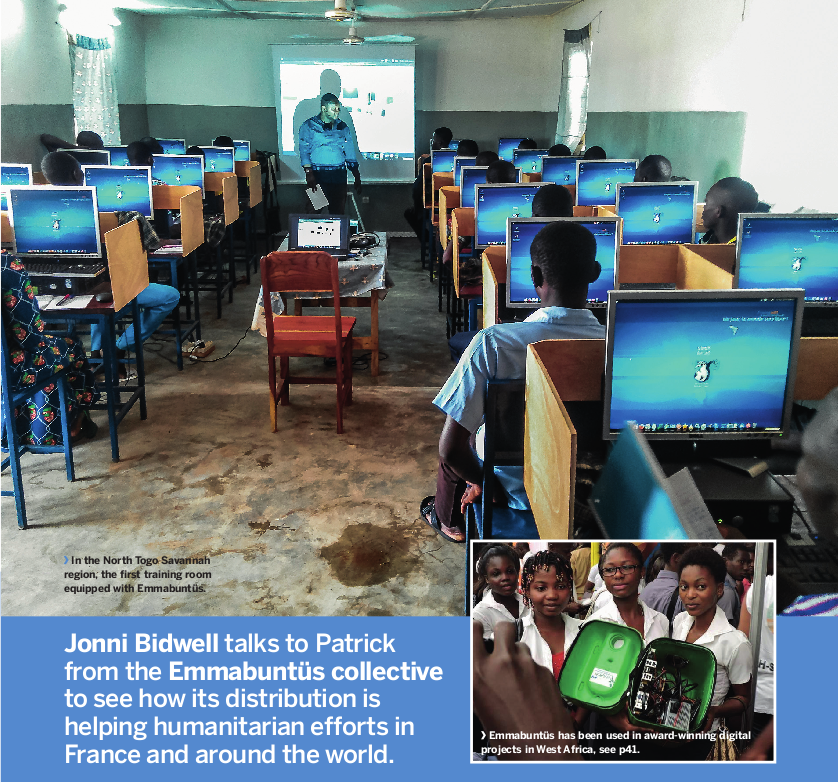 Then the paper explicits all the joint projects we develop with our partners and some humanitarian associations around the world and more specifically in Africa.

Of course, the technical questions were not at all forgotten : Debian vs Ubuntu, future support of the 32 bits architecture machines, the value added of the Dock, which – by the way – is acclaimed by all the children, the choice between Xfce or LXDE desktop environments, etc …

Editor’s note : the title of the article “A Distro For All Seasons” seems to be a subtle reference to Robert Bolt’s play ”A Man for All Seasons” based on the true story of Sir Thomas More, a humanist philosopher who – among other things – invented the concept of Utopia.

And finally, and big thank to all the associations which supported our efforts since 5 years. Without them we would not have been in the position to obtain this great international interview.

First of all the Framasoft team which believed in our ideas since day one, and then :

Finally, and big thank to Jonni Bidwell, Neil Mohr, and Linux-Format for this great interview they made about our project.

You can read the complete English version of this paper on our site.