On June 21st 2021, the Emmabuntüs Collective is happy to announce the release of the new Emmabuntüs Debian Edition 4 RC1 (32 and 64 bits), based on the Debian 11 RC2 Bullseye distribution and supporting both XFCE and LXQt desktop environments.

This update of our new distribution takes up the basis of Emmabuntüs DE3 under Debian 11 Bullseye, and its latest changes concerning the removal of proprietary software in favor of free alternatives, like DWService replacing Teamviewer, Jami replacing Skype and the complete deletion of Adobe Flash.

This version exhibits the new Ice graphic theme created by Juliette Taka, the graphic artist who realized numerous wallpapers for Debian, as well as a renovated logo, which new look was designed by Jean-Claude aka JCZ, who was also part of the Debian wallpapers projects. We want to warmly thank them here, for their outstanding graphic contribution to the Emmabuntüs DE4 distribution, and concerning both the dark and light themes. In order to learn more about them, we conducted two interviews with them wehre they talk about their commitment to free software, and that you can access on our blog, look after Juliette, and Jean-Claude. 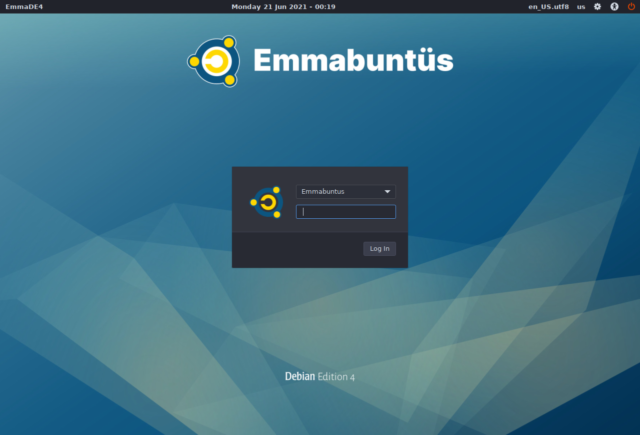 This RC1 version includes the following fixes and enhancements :

Note : There is currently an issue with the version 78.11.0 of Thunderbird, which does not allow you to open a connection to Gmail accounts, nor potentially to other web mail accounts requiring secured communication protocols. This prevents both the creation of new Gmail accounts, and the access to mails of already existing accounts. This issue is the result of a Thunderbird update to version 78.11.0 under Debian 11. A temporary workaround is available within our tutorial here.

As of June 21st 2021, this version can be downloaded from our emmabuntus.org site, or by using the alternate link download.emmabuntus.org.