On March 1st 2021, the Emmabuntüs Collective is happy to announce the release of the Emmabuntüs Debian Edition update 3 1.04 (32 and 64 bits) based on the Debian 10.8 Buster distribution featuring both Xfce and LXQt desktop environments.

This project was originally designed to facilitate the reconditioning of computers given to humanitarian organizations, and in particular, originally, to the Emmaüs communities (which is where the distribution’s name obviously comes from), and to promote the discovery of GNU/Linux by beginners, as well as to extend the lifespan of computer hardware and, as such, reduce the over-consumption of raw material.

This new update of our distribution brings an evolution of the way the different languages are supported, like the Emmabuntüs DE 4, thanks to the .po file usage, as well as the removal of a number of proprietary software, to the benefit of free alternatives. Namely, DWService is replacing Teamviewer, thanks to the suggestion made by our friend Benoît Boudaud, Jami replacing Skype following the advice of our friend Gérald Montigny, which were also validated by our friend Amaury Libert aka Blabla Linux, and finally SMTube is replaced by FreeTube, following the tips provided by our friend Ange aka Tugaleres.com. 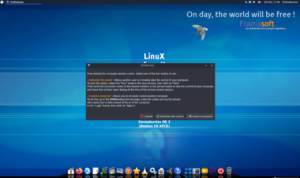 We also took the opportunity of this new release to remove some obsoleted software, like the late but not regretted Adobe Flash, Jitsi desktop and Java8, and to install new versions of Kiwix 2 and Ancestris 10. 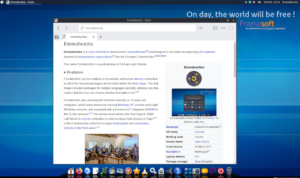 All these new functionalities will be integrated, of course, in the next Emmabuntüs DE 4 update, which will be released after the Debian 11 Alpha or Beta1 are available on line, and when they are ready 😉

Concerning this 1.04 version, the following fixes and improvements were made:

As of March 1st 2021, this version will be available on this page : download.emmabuntus.org