Ailleurs Solidaires (approx. « Together Abroad ») is a humanitarian association based in the Calvados (French Normandy) which main goal is to help needy children in the « Akashganga International Academy » (only its name and its willingness to exist are really international), a school located in Kathmandu, Nepal.

Access to Internet and computer-based tools were impossible in this school : Ailleurs Solidaires, assisted and advised by the nearby CaLviX association (promoting the Free Software) donated a total of 12 used laptops computer loaded with the Emmabuntüs distribution. For numerous children/teenagers, this was the first opportunity in their life to reach a computer. And, of course, to train themselves, to use their first spreadsheets and word processors, for example, but also to understand what the Open-Source movement is about.

Since then, Emmabuntüs has been adopted by the children, and the school management fully understood its importance as a pedagogic tool, and how much the knowledge of an operating system based on GNU/Linux will bring to the students future life.

To mark her recognition and adhesion to the Libre Software values, the lady Principal of the school had the main gate repainted and decorated with the two penguins you can see on the picture below. She could not think of a better way to express her gratitude, and both the decision and execution were completed in a record time. 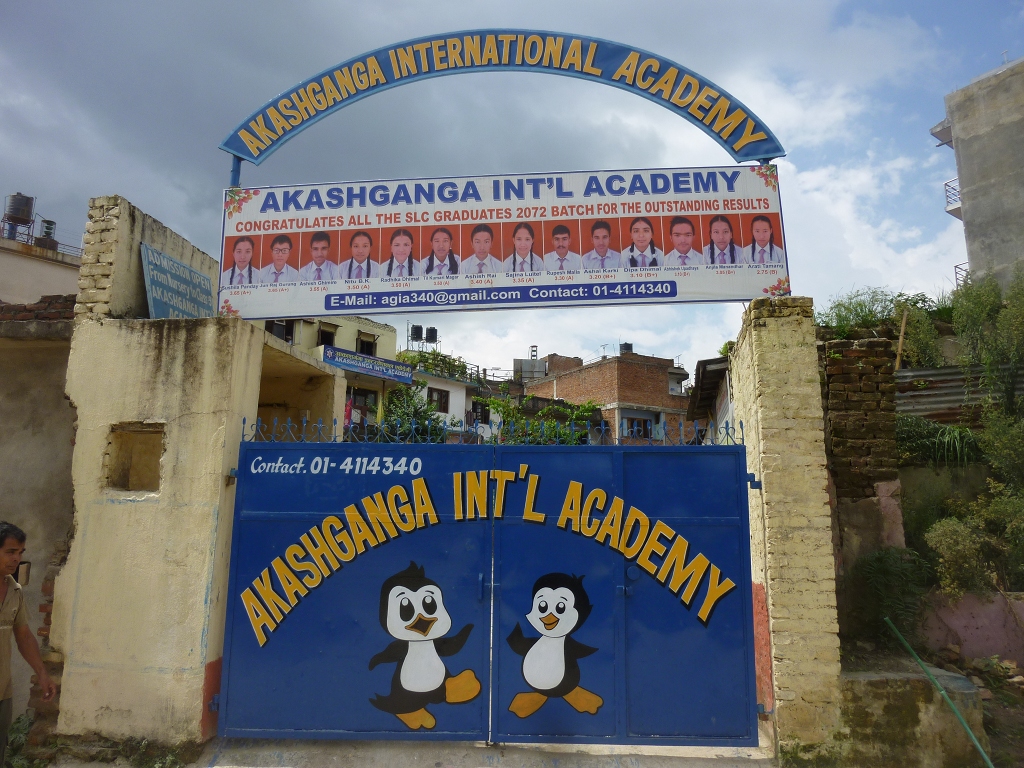 The school decided also to create its own web site (where the penguin will be highly visible) and to use it as a additional pedagogic tool.

Very soon a “Linux Super Server” will be realized for this school (thanks again to the CaLviX team), with delivery planned next November. This server will include an entertainment library and an Open-source knowledge base which will be distributed to the other computers within the school.

The slum school « Akashganga International Academy » could well become the school of the future with small-scale means !

They still have a long way to go, for example to set-up a Linux initiation workshop … But it is only a project for the time being, due to the lack of needed knowledge among the volunteers of Ailleurs Solidaires visiting this school.

An even more ambitious project is under development in the center for disabled children of the “DSA”, including an Open-Source solution for blind children located in the center, and then deployed across the Nepal.