we started exchanging with you when you volunteered to translate Emmabuntüs in Danish – and thanks again for this great idea and the hard work you did put in there – and now , if you agree, we would like to get to know you a better.

– In which part of the Denmark do you live in ? Want to show it on a map for the geography ignorant ?

I live in the western part of the Zealand island, in a town called Vemmelev with 3000 inhabitants, and not far from the sea. 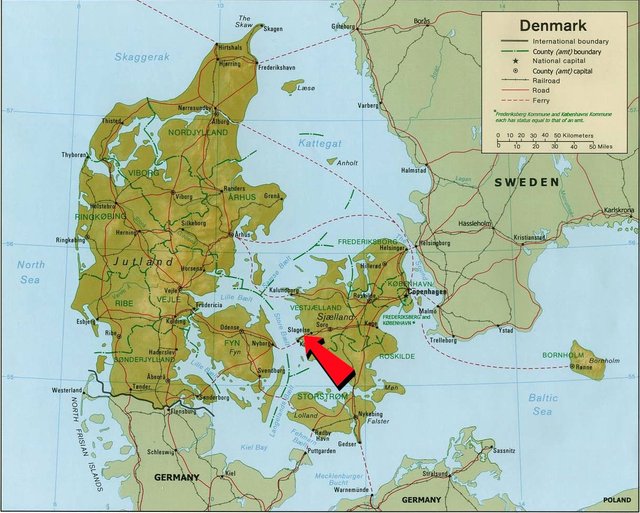 – Since how long and under which circumstances did you start using a GNU/Linux free distribution ?

I started using computers late. For I could not see a purpose in using it. But in 1996, I bought my first computer and found it fascinating. But there was a problem. It was Windows 95 and I could not afford to buy Photoshop Coral Draw etc.

But in February 1999 there was a CD with Red Hat 5.2 in a Danish IT magazine. I got a larger hard-drive on my old Olivetti computer, and installed it as a dual boot with Windows 95. Here I could get all the programs I wanted without having to pay for it. There were not as many programs then for image processing etc. as there are now, but it was good enough. I was immediately sold. In March 1999, I deleted Windows, and installed openSUSE 6.0. I have only used various Linux distributions since.

– Translation, if often essential for distributions, but not very glamorous. How did you end up doing this kind of work within the free software movement ?

It started with me using WordPress in 2006. At that time, not many people used it in Denmark. There was an English website where one could get to know a lot about WordPress. They had a forum called simple-press. I had learned a bit English in school when I was younger, and I used my poor English while I was a UN soldier. I have always read many English books. But I have never been good at speaking English. You could say that my English is self-taught

I was allowed to translate simple-press into Danish with a subdivision. I did that for two years. After two years, a Danish forum had been set up in Denmark, and then I stopped translating it. Since then, I have translated a lot of plugins and themes to WordPress.

– How did you first encounter the Emmabuntüs distribution ?

It was in the spring of 2017, and I have been using it since along with the other Linux distributions I use on my computers.

– I understand that you are now retired, but would you tell us what kind of job(s) you had when you were actively working, and if you want to go further back, how went your school education ?

Let us start with my school education: I hated going to school, so in 1969 I dropped out of elementary school after 7 years. I was 14 years old at the time.

After this I worked four years at a Danish factory that made wires and cables for the electricity industry.

18 years old, I chose to join the military where I was in a tank squadron for four and a half years. I ended my career as a tank commander in the military.

After this I had various jobs, including one as a paver. I really liked the job but it was hard because I worked both on weekends and holidays.

Then I met my current wife, and in 1981 I applied to the Danish railways where I was trained to operate their track laying machine and perform thermit welding work.

In November 1990, my back could not hold to the strain any longer. I had to have two back surgeries. After that, I could not work anymore. So in April 1992, I retired early on the Danish railways with a full pension. That equates to if I had worked there for 37 years. A really good pension.

– Are you a rather isolated free-software advocate in Denmark, or are you part of a bigger community promoting this concept ?

To begin with, I was just myself. But in 2000 I went to meetings in Copenhagen for several years which were called a Linux conference, where speakers from all over the world could come and give lectures on Linux and BSD.

In 2004, a Linux group started up at Roskilde University, where we met once a week, where we exchanged experiences about Linux and helped people get Linux installed on their computers. I was very active for four years.

But it cost a lot of money with all that travel activity. In 2008 I joined a Danish forum called LinuxIN, where I got to help people with Linux and make videos about Linux to make people interested in Linux. Here I also get help once in a while. You cannot know everything about Linux 🙂

My wife and daughter also use Linux. They have been doing that since 2005. The rest of my circle of friends are not interested in using Linux, although I tell them about the benefits. I only have one nephew whom I helped install Linux on his computer two years ago and he still uses it.

In Denmark, one percent use Linux, where it is 1.5 percent worldwide. There are so many benefits to Linux, but it’s obviously hard to see the benefits for them.

– You published a Wikipedia entry in Danish for Emmabuntüs, which is really great, but it does not seem that you have a lot a Danish entries for the free_software. Are the Danish geeks more inclined  to read articles in English rather than in their native language ?

There are not many articles about Linux in Danish for nerds. If you want to know something about Linux, then you need to read English articles. We have to face the fact that almost all knowledge is written in English in this day and age.

– What triggered your (nice) desire to translate Emmabuntüs in Danish ?

I just liked it, both the desktop and how it was designed. Therefore, I thought that Danish users of Linux should have the opportunity to use Emmabuntüs in their own language.

– What part of Emmabuntüs do you find interesting compare to the other Linux distributions you know and use ?

It is the dock. Here you get quick access to all the programs and it looks visually attractive. The fact that you can install it without an internet access is also very nice.

– Do you use other Linux distributions besides Emmabuntüs ?

Yes, my setup looks like this: On my old desktop I use Emmabuntüs, and on my new desktop I use PCLinuxOS. I also have two laptops. On one I use Linux Lite, on the other I experiment with different Linux distributions. Right now I am using Pop! _OS.

– Is there too many Linux distributions out there ?

No there are not too many. There must be something for everyone to choose from.

The reason why there are so many Linux distributions is that Linux, unlike Windows and MacOS, do not fit all the desires of the people using the operating system.

Linux is an operating system core or kernel with a modular build around it. The whole point of Linux is, to customize it to the client’s wishes and make it as productive as possible. That is exactly why there are tons of distros out there. 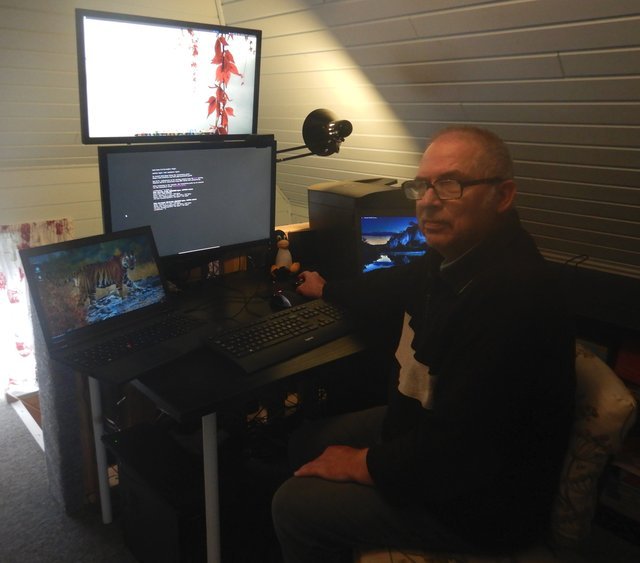