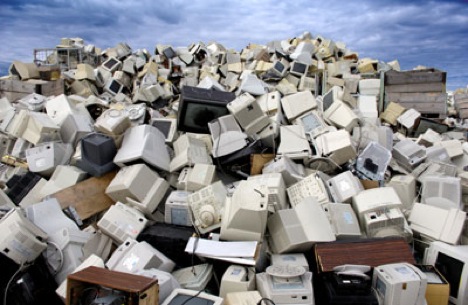 What to do with our massive ever growing electronic wastes ? A community – teaming up with the organization Emmaüs decided to attack this important and topical problem. Noting that the old machines recycling process was far to be satisfying, when at the same time some class of the population could not get access to the digital world, surely, something needed to be done.

The Emmabuntüs (click here) distribution concept started from this point of view. The name is the contraction of Emmaüs and Ubuntu (GNU/Linux), and the whole idea was to propose not only a free functional Operating System, but also the hardware to run it, and propose this complete package with an extremely low price tag.

The concept of a simple, fully functional OS, enhanced by a full suite of applications like Web surfing and Office automation, was first the wish of the developer Patrick, who is a volunteer within the Emmaüs de Neuilly-Plaisance community and wants to remain anonymous.

This 49 year old electronic engineer is using GNU/Linux since several years, and was getting severely annoyed by all the waste of electronic hardware induced by each new release of the Microsoft Windows. Then he started to think about a new OS, based on Ubuntu which could be fully functional even when running on very obsolete machines, which were no longer able to run the brand new OS releases.

(One day, the world will be free) 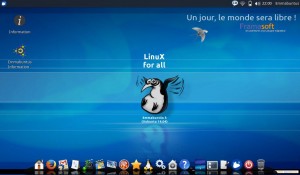 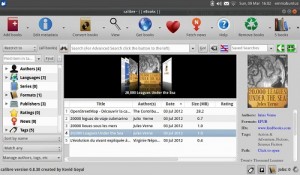 And so, it was rather logical to install this Emmabuntüs version on old salvaged computers refurbished in the Emmaüs workshops. The organization then propose this machines at a price of 50€ for the tower PCs and 150€ for the laptops. 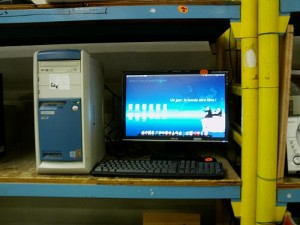 After this first success, this concept was exported in several countries, and most notably in Africa to equip the local Internet cafés. Several projects are under development, and they are all based on the Emmabuntüs system. One very good example is the Jerry – Do It Togetherproject which is building a computer within a plastic container. 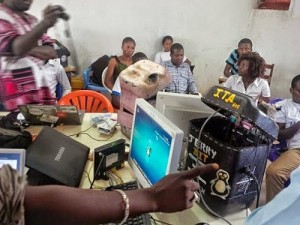 You got the message : this paper is a bit different from the usual news, but if the computer industry is in perpetual evolution, and if the performance race is legitimate, we should not forget that some of us cannot even access to a computer. And we should be delighted by this initiative which aims at reducing the digital gap.

Thanks to Nicolas BOUTET for his authorization to reuse is paper « Emmabuntüs redonne vie à des PC bons pour la casse » published on September 18, 2014 on the Cowcotland site.