On September 16th 2019, the Emmabuntüs Collective is happy to announce the release of the new Emmabuntüs Debian Edition 3 1.00 (32 and 64 bits), based on Debian 10.1.0 Buster distribution and featuring the XFCE desktop environment.

This new version of our distribution is based on the Emmabuntüs DE2 under Debian 10 Buster, with some noticeable improvements which were implemented during the development of the Alpha and RC versions : ISO file size significantly reduced, streamlining and consistency of the embedded software, better handling of the light/dark theme, localization support in live mode, etc. This final version additionally supports the installation in UEFI Secure boot mode, the simplified installation via Calamares in live mode, allows to run under VMware Workstation, and brings some improvements in terms of security and ergonomic. 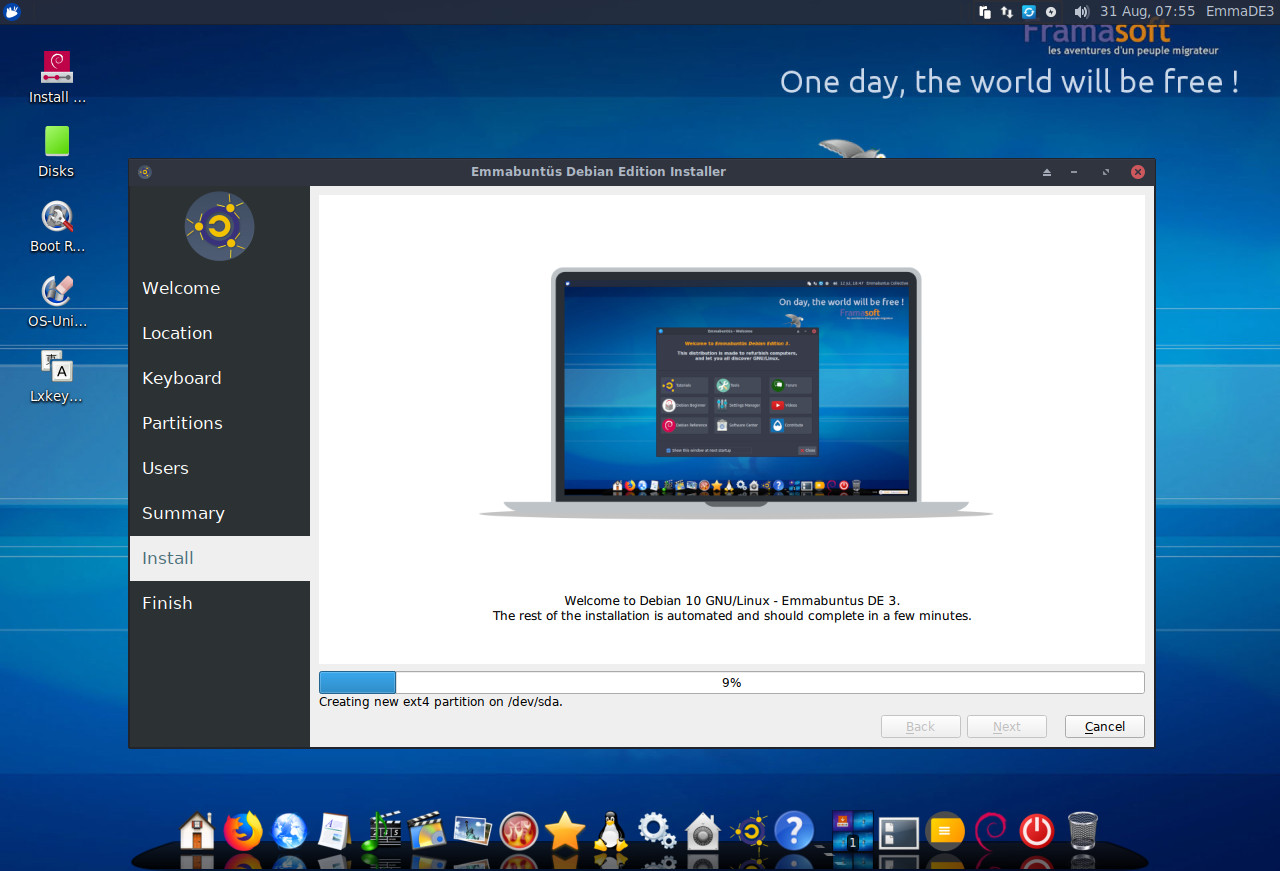 Screen capture of the new Calamares installer under EmmaDE3 1.00