On July 15th 2019, the Emmabuntüs Collective is happy to announce the release of the new Emmabuntüs Debian Edition 3 RC (Release Candidate) (32 and 64 bits), based on Debian 10.0 Buster distribution and featuring the XFCE desktop environment.

This distribution was originally designed to facilitate the reconditioning of computers donated to humanitarian organizations, starting with the Emmaüs communities (which is where the distribution’s name obviously comes from), to promote the discovery of GNU/Linux by beginners, as well as to extend the lifespan of computer hardware in order to reduce the waste induced by the over-consumption of raw materials.

This new version of our distribution is based on Emmabuntüs DE2 under Debian 10 Buster, after we were able to manage a drastic ISO size reduction in its Alpha version. This RC version finalizes the streamlining of the embedded applications, brings some new fixes, like the boot speed-up in live mode, compare to the Alpha version, improvement in the dark/light theme handling, support of the language and localization in live mode, etc. 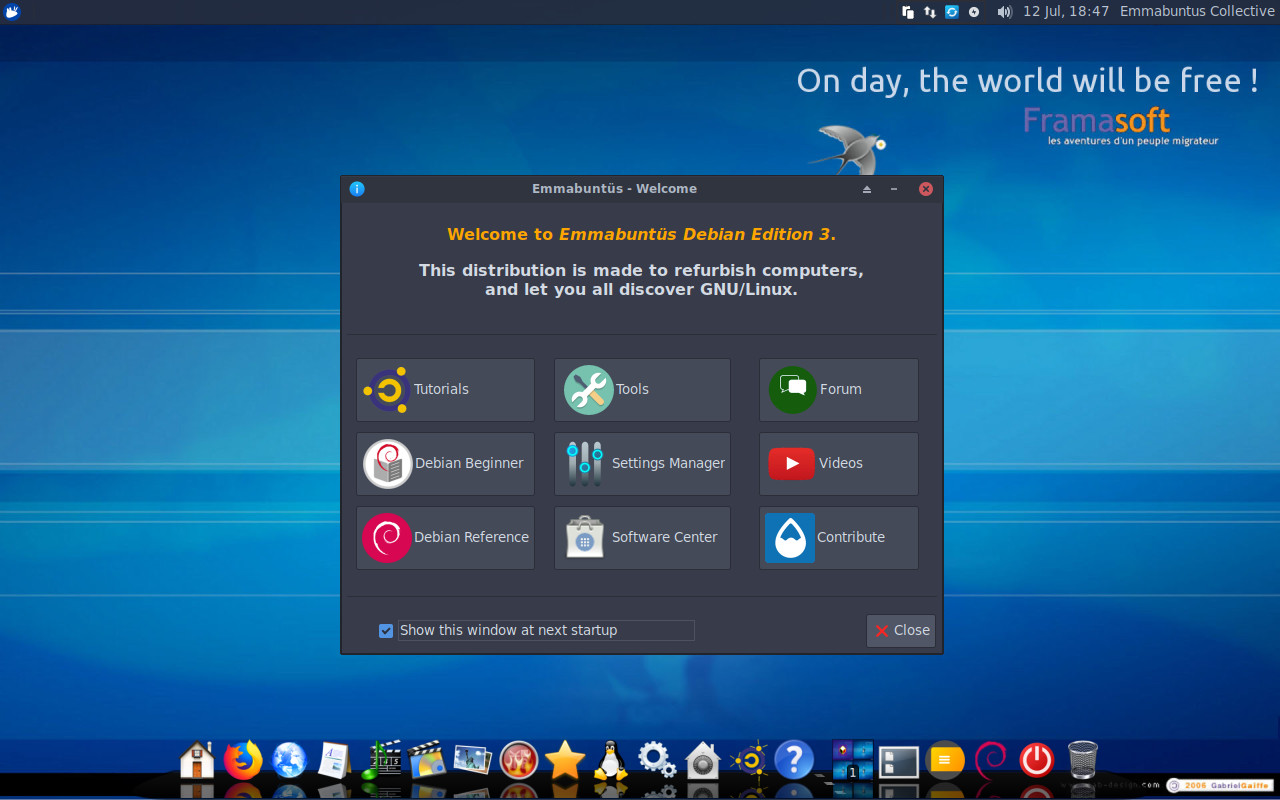 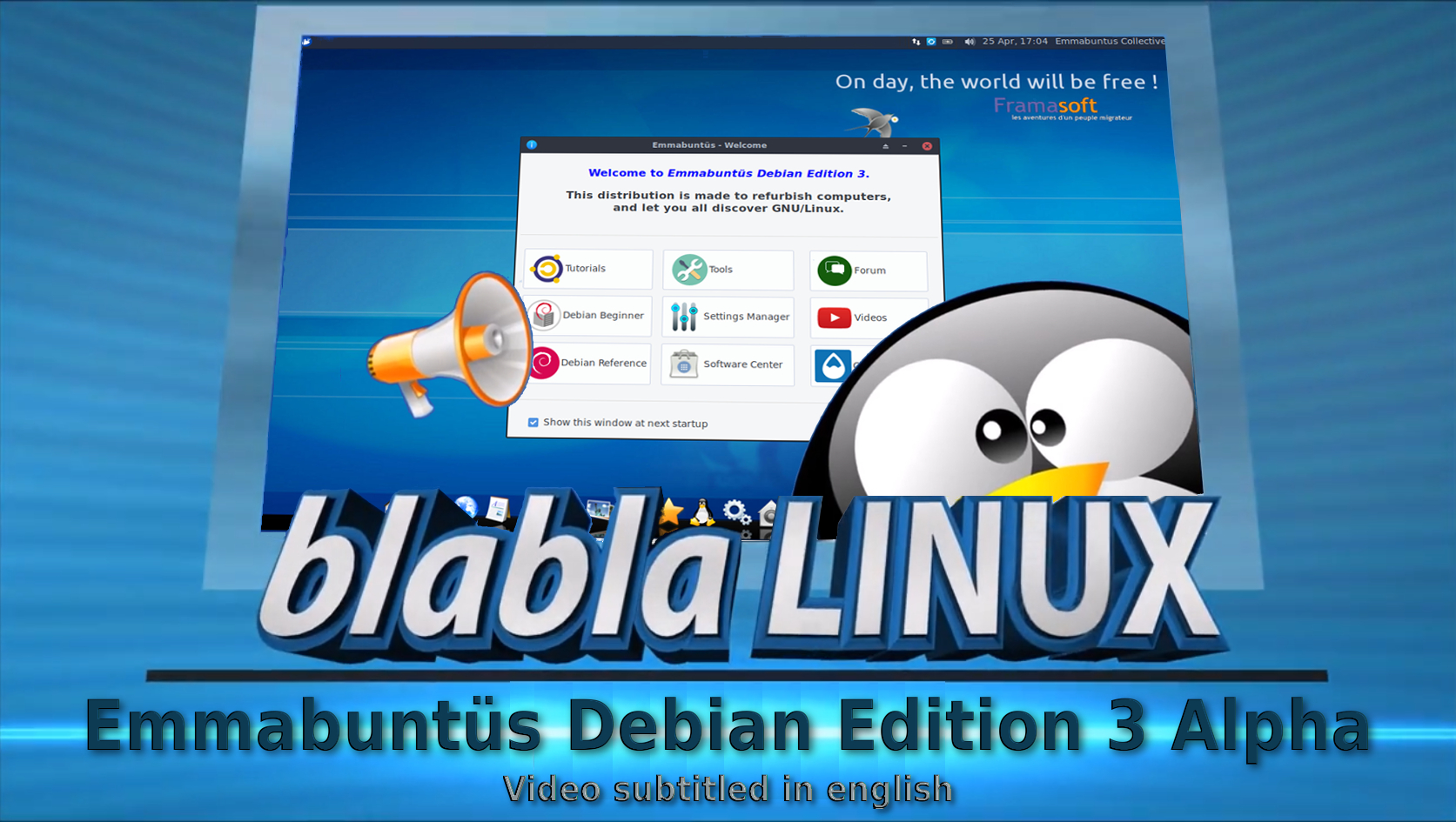 We hope that this new version will further facilitate the repackaging work of the various associations using Emmabuntüs, and the task of our friends JerryClan from France and Africa. Notably our friends of the BloLab of Cotonou in Benin, who organize digital training sessions and workshops to produce Jerrys under Emmabuntüs, in order to popularize the digital technology, thanks to their mobile classroom installed in a truck’s trailer. 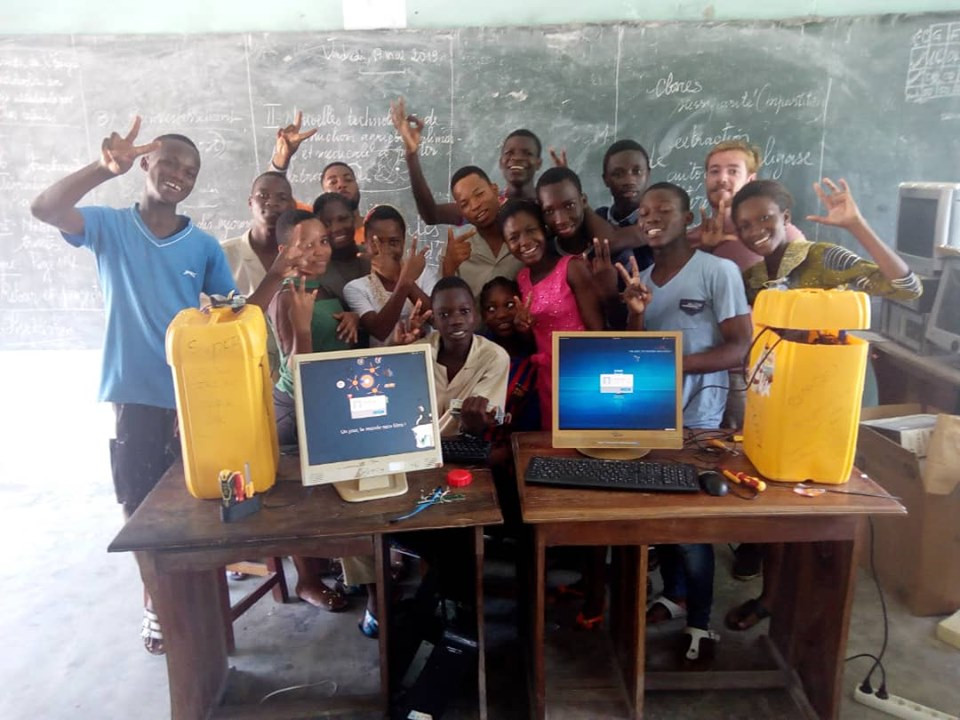 Production of two Jerry under Emmabuntüs by the students of the Lake Cotonou’s CEG
during workshops organized by the BloLab of Cotonou in Benin.

We currently plan to release the Emma DE3 final version in September 2019.