On August 12th 2019, the Emmabuntüs Collective is happy to announce the release of the new Emmabuntüs Debian Edition 2 1.05 (32 and 64 bits), based on Debian 9.9 stretch distribution and featuring the XFCE desktop environment.

This distribution was originally designed to facilitate the reconditioning of computers donated to humanitarian organizations, starting with the Emmaüs communities (which is where the distribution’s name obviously comes from), to promote the discovery of GNU/Linux by beginners, as well as to extend the lifespan of computer hardware in order to reduce the waste induced by the over-consumption of raw materials.

This update of our distribution is taking over the improvements we implemented in our recent Emmabuntüs DE 3 RC release, based on Debian 10 Buster, and brings an improvement in the size of the ISO by the rationalization of the current software, and the removal of unsupported languages. This version brings some new fixes, like the improvement in the dark/light theme handling, support of the language and localization in live mode, etc. 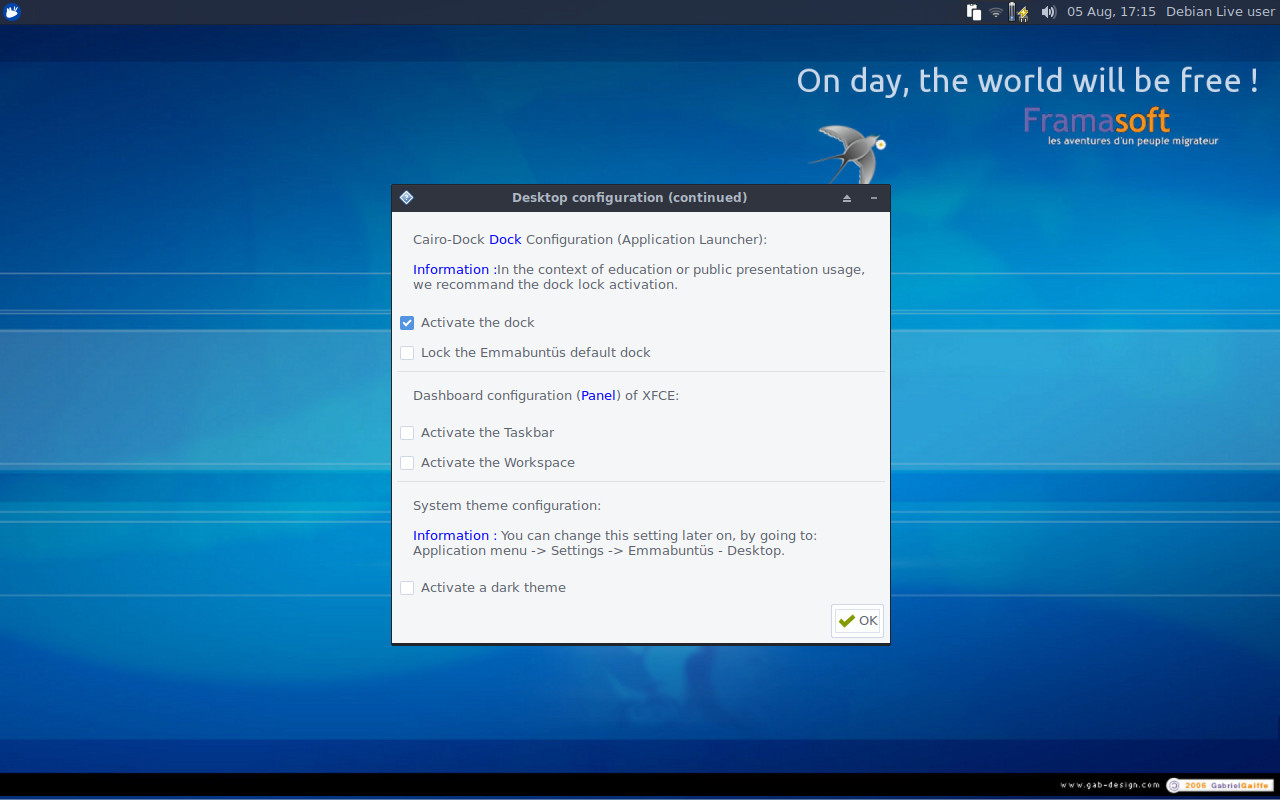 Post-installation screenshot of EmmaDE2 1.05 with the dark/clear theme selection window

This Debian Edition 2-1.05 version includes the following fixes and enhancements: