The Emmabuntüs 2 (12.04) distribution, based on Xubuntu will be online this Wednesday, June 6th, 2012 after a four months long intensive tests period made by our staff members.

I would particularly thank them for their ideas, patience and their devotion. Without them this work would have not been possible.

This version will be our last beta before the final release between July and September 2012, and it actually works as smooth as the stable releases of other distros, even gossips even say it works better ;-). So for people who only believes in what they see here is a small tour : 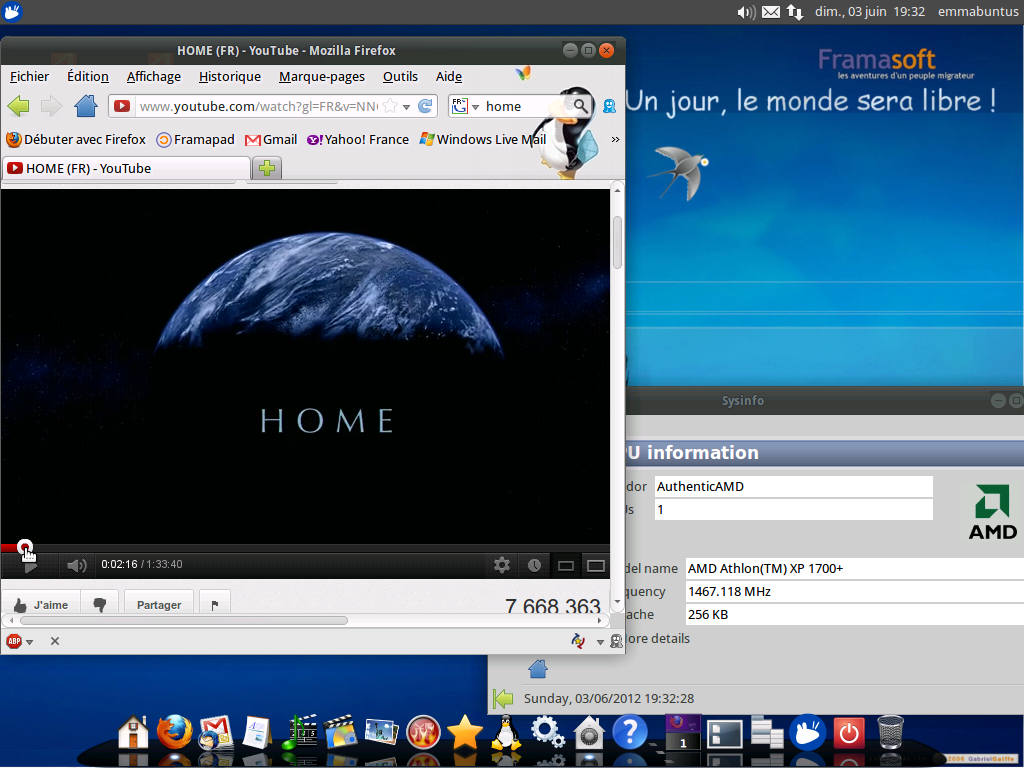 In any case in our collective was a motto now:
“If you are not satisfied with Emmabuntüs,
this is not a problem we will refund on the spot 😉 “

So when I talk to other libristes, a remark that I heard this weekend at the Free Software First Saturday, from a person that I like is “This new version is very fluid with 2 GB of RAM”. I prefer to say nothing, or say that’s fine, but when the 4 GB to run a Linux distro? I remind people that some distros, like the Puppy Linux, are still running with less than 256MB of RAM. We have not done that simply because our objective is to rebuild computers 10 years of age, up to allow them a second life, and bring money to organizations in need. Instead of letting them to end their lives at the other end of the world in dismantling, or being abandoned in wild areas wher nobody is going. It’s a shame to let that happen without a word from our governments !!!

So, to answer Cyrille B., the hardest to understand is our name, the rest is easy. It is a metaphysical problem to some of you: we offer to call our distro, following a Cyrille B.’s idea, “LinuX for all”, or for more LXFA hype, but finaly we called it Emmabuntüs with or without Emmaus and Ubuntu at the base, as it is for us very pretentious to say that this symbolizes Linux distribution and is for everyone, this is somewhat true and false at the time, she is best for one person “My dearest Mrs. Michu” working on a proprietary OS and poorly designed! Our goal is not to take market share to other Linux distributions, nor to convince libristes Emmabuntüs to install, it is the others that we want to convince 😉

This version is available on both : 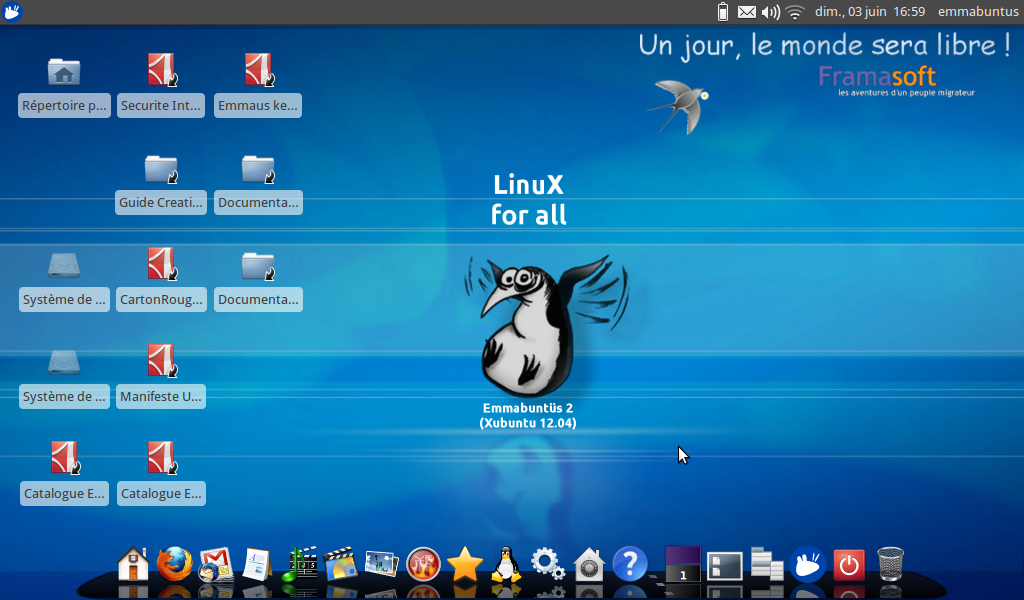 Version of this article ODT and PDF format