Here we are once again, plunged into the very heart of the Ivory Coast bright youth actions.@yiyikoh, Ovillage, JerryClan of Ivory Coast, etc, are some of the sites and projects established by young and very ambitious Ivorians, with the goal – among others – to promote the free software, to create platforms aiming for solidarity and mutual support among young entrepreneurs, and to make the entire world aware of their projects.

Along the same vein, the JMSI (the French acronym for National Day for Computer Maintenance and Security) was organized in 2016, by the same dynamic young people. This National Day was created with the goal to promote new technologies, and more specifically those concerning the electronic field as well as the computer maintenance and security. The first instance of this gathering, hold last year, was a great success, with the attendance of numerous pros in the maintenance field, and computer experts who shared their experiences and visions with the audience.

The organizers achieved the outstanding performance to train more than one hundred young people in the computer maintenance and security field. In addition, and in support of a local school, they set-up a message server, using recycled electronic components, and running under the Emmabuntüs operating system. 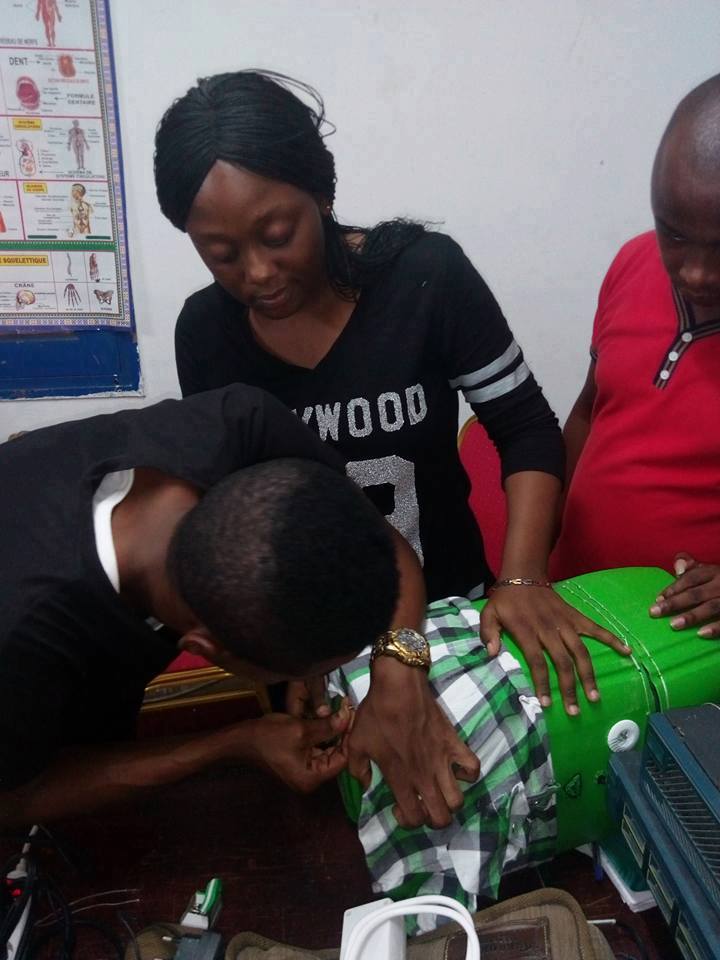 The second edition of this National Day, which will occur this year around the topic “Preventive maintenance : which impact on data protection?” and get on with the same goals as last year:

While waiting for the second convening of the JMSI, the organisers, far from coasting along, set-up and participate to several events like:

The JMSI organizers are well supported by sister organizations like the Fablab @yiyikoh, the club Informatique de l’UNA, BIIS SARL, ESDLAB, Wavenet Technologie, Les Communautés du libre en Côte d’Ivoire, Cyberlearning, BabyLab and last but not least the Emmabuntüs Collective. However, they face all the issues common to most of the Ivorian sites and organizations, namely the scarcity of suitable place, the lack of equipments, and big funding problems.

Despite all these difficulties, the dynamic young people are going ahead with the projects they hope to realize this year. They are, among others:

You can not only follow all these events, but also support them financially or donate depreciated hardware by contacting the JMSI team through one of the following channels: