The Republic of Benin is considered by the international experts as one of the more stable nations in Africa, thanks to its political and constitutional institutions. This state is extending its peace and stability tentacles to other domains like education, religion and obviously the information technology. This is within this good environment for developing digital projects that the maker lab named “BloLab” was born. 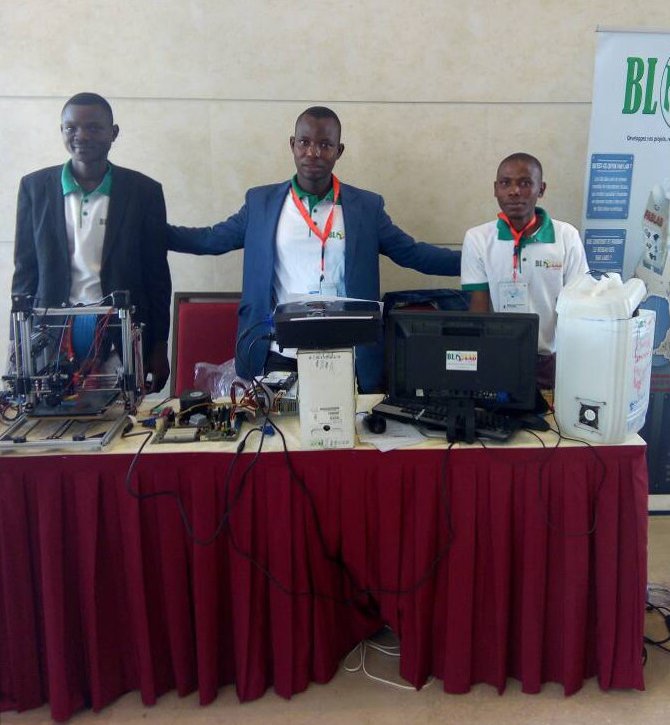 BloLab, the first fablab in Benin, is an digital innovation and technological democratization area, open to everybody whatever his or her age. It was created to provide the momentum to help people in general and youth in particular to become more familiar with the prototype technologies and to spread a creative and innovative spirit. It is located in Kindonou, a suburban district of Benin’s largest city Cotonou. It is more than just a workspace for numerical production and prototyping, but also a third place, a coworking place, which welcomes developers, geeks, hackers, designers … who share their knowledge to develop new projects. This lab wants to be a true space servicing the social innovation.

This digital laboratory numbers about one hundred members who everyday work very hard to achieve their goals. Among them :

The 2017-20 law, defining the frame of the digital activities in the Republic of Benin which was adopted unanimously in Parlamient as of June 13th 2017, gives the lab an even better opportunity to facilitate the completion of their missions. This frame regulates several domains, notably the social networks, the on-line newspapers, cybercrime, E-commerce, Intyernet etc. By the way, Médard Agbayazon, the BloLab founder, call this law a “real springboard for the country”, while eagerly waiting for its promulgation by the President of the Republic.

Despite the severe lack of logistic and financial supports of its own projects and activities, as well as those of the incubated startups, the BloLab is able to achieve nice projects with its own funds. These projects often benefit the children, the young people and the students, and are the true foundation for knowledge sharing and fee software advocacy in Benin. Among others : 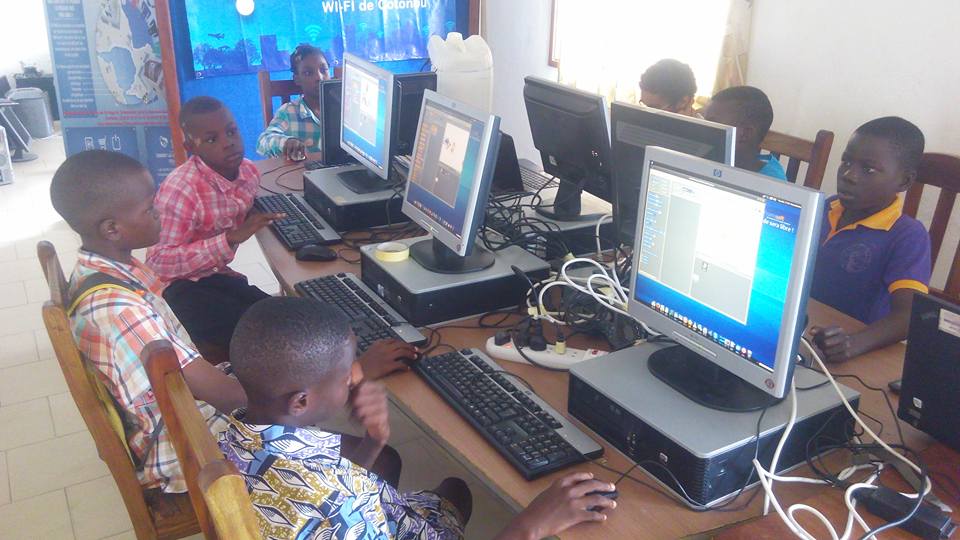 “KidLab” workshop introducing the Scratch language with computers under Emmabuntüs

In order to solve the computer illiteracy problem and the difficult access to the computer tools, the BloLab is more and more involved in the Jerry computers production. Doing so will lead not only to the technology democratization, but also to a easier access to the software tools for thousand of people who, due to their social conditions, would not use a computer that soon. The BloLab intends to set up a “Social Jerry” project, mainly focused on the creation of digital resources centers based only on Jerry computers within all towns in Benin.

Furthermore, it is worth noting that the BloLab is working closely since several years with the Emmabuntüs Collective. Most of the BloLab PC’s and Jerry’s are running the Emmabuntüs distribution, which is qualified by the fonder Médard Agbayazon as “complete because it includes a lot of packages by default, as well as a full documentation facilitating the children education tasks. The environment of this distribution is such that the user is immediately placed in excellent conditions. Emmabuntüs is a distribution which sticks the children in front of their computers. It is both an educational and a recreational distribution”. 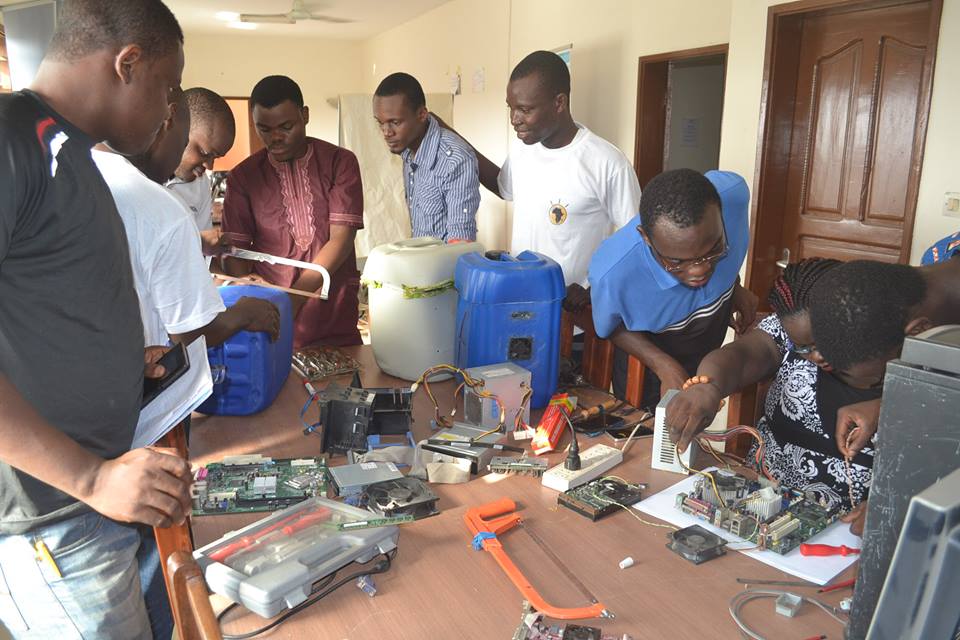 Fabrication of a Jerry by some members of the BloLab

The BloLab is contemplating the idea to implement in the near future a computer training school to form the young people out of the educational system toward the new potential IT jobs, as well as the free software and technology. Digital resource centers will be created within school and the students trained at programing andprototyping technologies.

The BloLab also considers to develop a plantation irrigation system, together with its remote control, thanks to a drone totally built by the Lab, with a prototype made with a 3D Printer.

Since the fortune helps only those who help themselves, the BloLab already has sufficient own funds to implement its future projects; however any external assistance (equipment, finance, ideology) is very welcome sine “three people who help each other are enough to carry the load of six”.