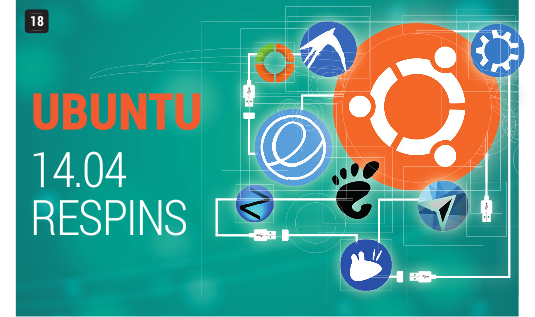 Emmabuntüs was designed to ship with reconditioned computers assembled by humanitarian organisations from donated pieces of hardware, and owes its name to the French Emmaüs charitable movement. However, it’ll fit snugly on any desktop.

The current version of the distro is based on Xubuntu 12.04.4. Since many of the intended users of the distro wouldn’t have access to the internet, the distro is overflowing with apps. Emmabuntüs includes virtually every popular open source app and also includes all sorts of proprietary codecs and apps. No wonder then that it is available as a huge 3.3GB ISO image.

In addition to regular desktop apps such as LibreOffice, Gimp, VLC media player, OpenShot video editor, RecordMyDesktop screencasting app, there are apps for power users such as BootRepair and VirtualBox as well as Wine, WineTricks and PlayOnLinux. The distro’s two web browsers, Firefox and Chromium, ship with lots of plugins to block ads and prevent phishing attacks. This helps make the distro suitable for young users who’ll also enjoy the plethora of educational apps and games, including the OOo4Kids office suite for children.

The distro also does a nice job of educating its users about the proprietary components before installing them. Emmabuntüs bundles the proprietary apps but doesn’t install them by default. The Cairo Dock is one of the highlights of the distro, according to its lead developer Patrick. The distro ships with three variants of the dock and you can switch between them from within the distro itself. The default “Simple” version is designed for new Linux users, a “Kids” version is meant for children and a “Full” version for experienced Linux users. 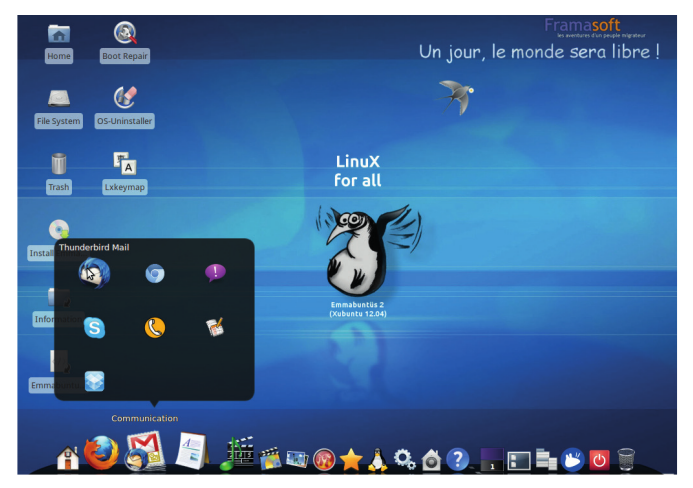 Emmabuntüs can easily install proprietary software without a connection to the internet.
According to Patrick, the team will maintain the current version, Emmabuntüs 2, for another year with release updates every three months. “During that year we will stabilise Emmabuntüs 3, which will be based on Xubuntu 14.04.” Once the new version is out, the previous release will get updates every six months until April 2017.

Xfce desktop and the Cairo-Dock make the desktop very approachable to a far wider userbase than its intended audience – a bit like the way every Ubuntu spinoff in this feature has taken the fantastic features of Ubuntu to a wider audence than Ubuntu could have reached on its own.